Interview with Kristin Walker, the author of A Match Made In High School! 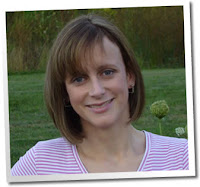 Hello my lovely readers! If you didn't already know, today is the official release date for A Match Made In High School by Kristin Walker! So in honor of this exciting debut, I asked Kristin if she would be so kind as to allow me to interview her-and she said yes! So here it is and I hope you enjoy :)


For those that aren’t familiar with your novel, could you tell them what it’s about?

Here's the cover copy: When a mandatory marriage education course forces Fiona to “try the knot” with super-jock Todd Harding, she’s convinced life couldn't get any worse. Until her crush is paired with her arch enemy (otherwise known as Todd’s obscenely hot, slightly sadistic girlfriend). But that’s nothing compared to her best friend’s fate – a year with the very goofy, very big Johnny Mercer. A series of hilarious pranks leave Fiona wondering: is there something her “best friend” hasn’t told her? Could there be more to Johnny Mercer than an awesome music collection? And most intriguing, could Todd Harding have a heart beneath his pretty-boy exterior?
Where did you get the idea for a mandatory marriage ed. course?
I was looking for a topic for a funny young adult novel, and this idea popped in my head as I woke up one morning. I figured that I probably knew a thing or two about marriage, and that a high school course on it could be really funny.

What do you do when you get a case of writer’s block?
I don't force myself to write when I'm not "feeling it." I've tried that so many times before, and usually the result is a recycle/trash bin file full of absolute crap. One thing that I have found helpful is to read. Sometimes that will spark an idea or inspire me. Other than that, I just wait for the writer's block to get bored and move on to someone else.

It says in your bio (which I love by the way) that you’re a children’s book writer-what made you decide to try writing for the YA genre?
Thank you! *blushing* Before I wrote MATCH, I'd been trying for years to get published in the children's book market. I didn't think I had the skill to write something as long as a young adult novel. But I finally accepted the fact that I had the best chance of getting published with a YA. So I wrote one! Now I love love love writing for teens.

What was the most challenging/easiest aspect when it came to writing your novel?
Oh, boy. There really wasn't much about it that was easy. Dialogue came fairly readily to me. Plot is something I struggle with sometimes, though. And revisions...man, those are hard. But it's the only way to turn your manuscript into the best book it possibly can be.

What was your reaction to the official cover of the book the first time you saw it?
I LOVED it. I couldn't for the life of me visualize what the cover should look like, so when I saw what the brilliant art department sent me, I was thrilled. It's perfect.

I was fortunate enough to read A Match Made in High School before its release date and I really loved Fiona’s character. Is her personality a reflection of yours?
Parts of it, yes. I'm pretty skilled in the sarcasm department. And as an adult, I'm better at speaking my mind and not worrying what everyone thinks of me, but I definitely wasn't like that as a teen. I also dress very much like Fiona most of the time, which is unfortunate. For everyone.

I think I might have a crush on Johnny Mercer-he’s just too cute! Is he based off of anyone you know?
There are a few essential elements of Johnny Mercer that I derived from my husband. But the majority of Johnny's character is all him.

Since I mentioned the subject of fictional crushes, do you have any? :)
Well, besides the obvious answers of Fitzwilliam Darcy and Gilbert Blythe, here's one that might shock your nipples off: Severus Snape. (Especially since Alan Rickman was cast in the role. His voice... *sigh*) I think I have something for dark, brooding, secret hero-types who seem all wrong for a girl. Although Gilbert wasn't dark and brooding. But Anne did think he was all wrong for her for a LONG time, until he was practically dead. Come on, Anne, open your damn eyes already. Sheesh.

How did you find and then become part of The Tenners?
I was originally one of the 2009 Debutantes before my publishing date got bumped to 2010. Luckily, 2010: A Book Odyssey (aka the Tenners) had already formed as a sister-site to the Debs, so I hopped over there. I adore both groups!

Are you working on any other projects currently?
I'm currently revising a middle grade paranormal manuscript that I wrote over the summer. I'm also working on ideas for a new YA for Razorbill.

If you could live in any fictional book world, which book would you choose and why?
Avonlea. That requires no explanation.

I never would've suspected Snape! But interesting nonetheless. Anyways, thanks so much for the interview Kristin! I had tons of ton. :) If you're interested in learning more about her, visit her website (Read her bio. No seriously, it's really funny!) or tweet her. Or you could read my review for A Match Made In High School. I gave it mucho review love. ;)
Posted by Sandy at 12:26 PM