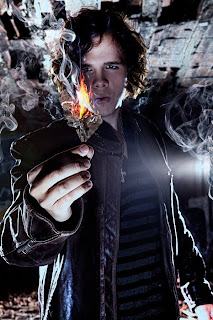 Hi everyone! Today's my turn in the blog tour promoting Estevan Vega's latest novel, Arson. I finished this book around what, 1 AM, on Friday? I should've gone to sleep since I wake up early for my classes but I just couldn't put the book down. I had to keep reading; and it was totally worth it too (despite that I looked like a zombie for the rest of the day). But who cares about how I look in the morning?  Today Estevan's going to be talking about how the cover of Arson came to be. So I'll let him do the talking now :)


I know that there are some of you who may be inclined to finish a manuscript one of these days, so this post is for you. Consider this post an insider’s peek into that nebulous space between the signing of the contract and when the novel hits the online and brick and mortar bad boys.

So, ARSON was officially “done” during the summer of 2008, at least I adamantly thought it was. Comical, I know. But nevertheless, I began the arduous and sometimes capable-of-pissing-you-off-to-no-end process of submitting it to agents and editors and publishing houses. This process went on for about 9 months. During that time, I received a myriad of interest, getting many requests for partials and even the full manuscript. Out of the million query letters I submitted, I got tons of positive feedback and quite a bit of the uncertain kind that no writer really appreciates. Some enjoyed my writing style, some enjoyed the characters, some were pleased with the format in which the email was sent, no doubt, but in the end a whole lot of nothing transpired. I had one publishing house tell me how much the character of Arson should’ve used his powers more. Then I had another house tell me that the story could have been more “real”, in the sense that Arson should not have had any actual fire-starting ability. Then on top of that there were a few other publishing houses that expressed interest, but none really “felt” right.

So I began emailing the founder of Tate Publishing and I got the impression that he really had no intention of publishing my manuscript, but then as a wildcard, he sent me a contract. So I totally signed it. To be honest, I was a bit apprehensive about signing with the publisher, but in the end, I think it was a good choice. So here is the step by step of what went down after the papers were signed.

Uno: Waiting. Lots of waiting. Having signed the contract in April, I was sort of under the impression the book would begin production when I gave the word. So not the case. Instead, I had to wait until July before the beginning stages of editing commenced. So there was much twiddling of thumbs taking place. And anxiety. And impatience, and any other unfriendly word you can imagine. Initial editing took a month. It was just copy-editing, which is grammar, sentence-structure and whatnot, so I basically did nothing. Did some more waiting, and then got the call from my editor.

Dos: When I got the first call from my conceptual editor, Audra Marvin, I wasn’t really sure what to expect. I had some preconceived notions about how this editor might come in and destroy my work and be way egotistical but necessary. I was most afraid that she’d be too wary about pushing the envelope. Man, was I wrong. Audra became the coolest editor and a great person. We worked on the manuscript together, perfecting it, rearranging scenes and working on chapter endings and character development. Thankfully, though, there wasn’t much to change. She liked my story. But the title was something we wrestled with. When Audra took on my manuscript, the publishing house misnamed it A BOY NAMED ARSON. When I sent in the manuscript, it was under the title A BOY CALLED ARSON. How could anyone make the mistake, right? I know, but it happens. She, naturally, was drawn to the title and thought we should stick with it. I, however, told her adamantly that it was never intended to be the title she initially read. After several weeks of wrestling with the idea of giving my novel a one word title versus a four-word title, I chose ARSON. I felt it was more mysterious, more marketable, and easier to follow up with a sequel. Many others, including my pops, agreed. I respected my editor’s voice throughout, but I also appreciated my ability to make the final call. It was her guidance and input that made me wrestle with the hard decisions, and I’m thankful for every disagreement…but more thankful when we agreed.

Tres: Cover design. The second best part of the production process was working on ARSON’s cover. I had the best designer I could have asked for: Tyler Evans. This guy had crazy skill, and he tolerated a lot of b.s. from me during the process. We went through, like, four different covers for this bad boy. So, feast your eyes on the evolution of ARSON.

The first design just wasn’t right for me. It had a cool, smoky look, but I didn’t feel that it captured the essence of ARSON. The lettering was too much like something you’d see in a carnival. 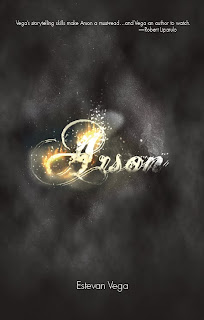 The second design was my favorite of the initial three. It was a straight-black background with flamed lettering. I thought it was sick! But I didn’t like the font Tyler used for my name, nor how small my name was…it was kinda just lost there on the bottom. It would’ve been perfect for a glossy cover, but I had always envisioned a matte finish for the cover. So although it was my favorite of the three, it wasn’t quite finished yet. 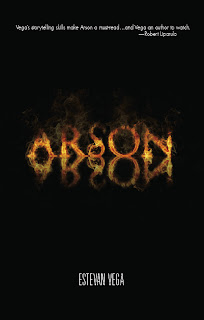 The third design Tyler created was kind of an experiment. We were trying to replicate the “comic book” feel that occasionally came out in ARSON. Comics are an integral part of the storyline, and Arson desperately wants to be a hero. The smoky, tarnished edges captured me the most, and the wrecked feel was very cool. But overall it was just too “kiddy.” 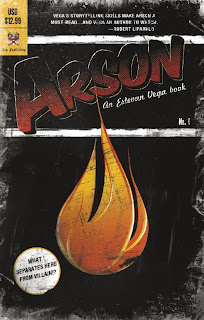 The final design was a marriage between design two and three…but with a mask. A friend of mine first suggested that I include Emery’s mask on the cover. So when my editor suggested that I include a mask on the front cover also, I knew that two very important people couldn’t be wrong. Emery had to be a part of Arson’s fire, because even though Arson is the main character, this story is very much both of theirs. The hard part was finding a mask that fit the mood and look of Emery’s mask. Once Tyler found one, I told him to wreck it, make it look worn and real, and then we tarnished the edges and changed the fonts and put my name on the top instead of the bottom. I hope you guys like the finished product. 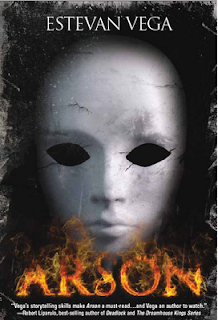 (I do! Finished product=win.)
Cuatro: After cover design was done, I was moved to the marketing department to begin working on some ideas of what we could do to get the word out about ARSON. While doing this, my family, friends, and I created a very sweet audio book version, which you should all check out either on audible.com or by using the free download code in the back of your copy of ARSON. That’s right, people, to those of you who buy a copy of ARSON you get the audio book download for FREE! Not a bad deal for 15 bucks.

Creating a blog tour was a huge part of my promotional efforts, and it’s been a blast. Thanks to all of you who have been following. If you liked ARSON, please spread the word about it to anyone and everyone you meet. I need to create a serious amount of buzz before it can really impact stores. Request it at your libraries. Ask for it at your local bookstores, or pick it up right now at my publisher’s website:

You guys are the best fans ever! Spread the fire!
E

Thanks to Estevan for taking the time to write out this very detailed and awesome post! I didn't know that the cover for Arson underwent so many changes. But the final result is excellent; it fits the story perfectly! If you haven't thought about reading Arson, you should. It's a worthwhile read that stays with you long after you finish it. Curious for more? Check out the next stop for the tour tomorrow at Flipping Pages For All Ages. For the entire blog scheduele, click here. :)
Posted by Sandy at 1:15 AM