Are you a fan of YA Fantasy? You're going to want to know about this. 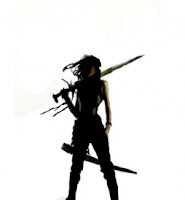 Something is going down. Something big.
How would you like to see Edward duke it out against Hermione? Or Katniss and Katsa? Well, guess what? You can, in the first ever YA Fantasy Showdown. In celebration of Suzanne Collin’s final book in the Hunger Games trilogy, a group of bloggers are pitting some of the best-known characters in YA in the ultimate showdown. And you get to pick the winner.

That’s right. You read the battles, evaluate the characters, and vote for who has the honor of moving on to the next round. It’s a tournament like you’ve never seen before (because there’s more). The authors have been asked to participate and advocate their character in writing their own version of the battle. It’s going to be truly epic. Or at least a good way to pass the time until Mockingjay comes out. It all goes down August 10th.

How awesome does this sound? Edward vs. Hermione? Psh, we all know who's going to win THAT battle. To find out more about this, check out the website listing all of the contenders.
Posted by Sandy at 12:07 PM