Mini-review: The Ghost & The Goth by Stacey Kade

After a close encounter with the front end of a school bus, Alona Dare goes from Homecoming Queen to Queen of the Dead. Now she’s stuck here in spirit form with no sign of the big, bright light coming to take her away. To make matters worse, the only person who might be able to help her is Will Killian, a total loser/outcast type who hates the social elite. He alone can see and hear her, but he wants nothing to do with the former mean girl of Groundsboro High.

Can they get over their mutual distrust—and this weird attraction between them—to work together before Alona vanishes for good and Will is locked up for seeing things that don’t exist?

Stacey Kade's The Ghost & The Goth really charmed me. Alona Dare is not the nicest girl in the world but once she meets Will (who I love times three! ♥) and gets to know him, she starts softening up a bit and the same happens with Will once he realizes Miss Alona Dare is not just a pretty airhead. Kade did really well with the dual narrations: the reader is given great insight into both Will and Alona's characters and reading about their initial (and soon changing) impressions of one another was a treat. While mostly light, the book does delve into some serious issues but nothing too traumatizing... it's very entertaining, especially with a snarky dead girl and a much-too-serious yet adorable boy :) 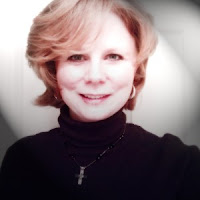 Final verdict: The Ghost & The Goth=win for me! Even though I already knew what was going to happen halfway through the book, I still thoroughly enjoyed Kade's debut and I am so ready for the sequel. The Ghost & The Goth promises some fun times for those who pick it up and a squabbling couple that I'm rooting for! Alona+Will FTW! Rating: 4 stars

Cover comment: I completely spazzed out when I saw this cover. It's just so perfect for the story and I love seeing it whenever I walk into a bookstore.