Mini-review: She's So Dead To Us by Kieran Scott


When having money is all that matters, what happens when you lose it all?

Perfect, picturesque Orchard Hill. It was the last thing Ally Ryan saw in the rear-view mirror as her mother drove them out of town and away from the shame of the scandal her father caused when his hedge fund went south and practically bankrupted all their friends -- friends that liked having trust funds and new cars, and that didn't like constant reminders that they had been swindled. So it was adios, Orchard Hill. Thanks for nothing.

Now, two years later, Ally's mother has landed a job back at the site of their downfall. So instead of Ally's new low-key, happy life, it'll be back into the snake pit with the likes of Shannen Moore and Hammond Ross.

But then there's Jake Graydon. Handsome, wealthy, bored Jake Graydon. He moved to town after Ally left and knows nothing of her scandal, but does know that he likes her. And she likes him. So off into the sunset they can go, right? Too bad Jake's friends have a problem with his new crush since it would make Ally happy. And if anyone deserves to be unhappy, it's Ally Ryan. Ally was hoping to have left all the drama in the past, but some things just can't be forgotten. Isn't there more to life than money?

Was I expecting to love this book as much as I did? Not at all. I've read some of Scott's other books and they're usually fun, not too serious and leave me smiling once I'm done. But She's So Dead To Us ventures into some slippery emotional territory and I didn't just smile: I laughed, I gasped, I shrieked, I may have dropped some f-bombs...you get the idea. This book was something completely different than what I'm used to from the author and oh, do I welcome it!  Being able to jump between Ally and Jake's viewpoints was such fun; Ally's, for me, was particularly enjoyable because she has had a taste of both worlds: she was part of the elite group (that now shuns her) and though she's fallen from grace, that hasn't stopped her from being her kickass self.


And then there's Jake. Stuck in the middle because he likes Ally but his friends don't. Although he waffles* between doing what's considered right and what actually is right, I'm still on his side and I hope he and Ally somehow find their way amongst the drama. (and let me tell you, there is mucho drama--which never felt outlandish. I could actually see people doing what Ally's ex friends did to her in real life.) I found their role reversal very interesting because Jake's technically the "new Ally" among his friends... 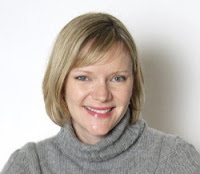 Final Verdict: GO READ THIS. Buy it, borrow it, steal it, whatever you need to do. Especially if you're not into reading books about drama between rich kids. Why? Because these rich kids have character: there are complex layers underneath all that prada totin' and their issues make this book a must-read. Rating: 5 stars
Clickables: {main site}, {twitter}, {blog}

Sorry if this intense gushing is out of character for me. I just really loved this one. ♥

*I like using the word waffle. Have you noticed? It sounds neat.
Posted by Sandy at 9:51 PM