Violet Ambrose is grappling with two major issues: Jay Heaton and her morbid secret ability. While the sixteen-year-old is confused by her new feelings for her best friend since childhood, she is more disturbed by her "power" to sense dead bodies—or at least those that have been murdered. Since she was a little girl, she has felt the echoes the dead leave behind in the world . . . and the imprints that attach to their killers.

Violet has never considered her strange talent to be a gift; it mostly just led her to find dead birds her cat left for her. But now that a serial killer is terrorizing her small town, and the echoes of the local girls he's claimed haunt her daily, Violet realizes she might be the only person who can stop him.

Despite his fierce protectiveness over her, Jay reluctantly agrees to help Violet find the murderer—and Violet is unnerved by her hope that Jay's intentions are much more than friendly. But even as she's falling intensely in love, Violet is getting closer and closer to discovering a killer . . . and becoming his prey herself.

I devoured this one pretty fast. Ms. Derting certainly knows how to write suspenseful moments--the passages told from the killer's point of view were so creepy. It was impressive AND scary to know how well and how, uh, comfortable Derting seemed to write in that sort of POV. But it just shows that this author has some serious talent! Violet was a solid character, very likeable and her talent for sensing echoes was fascinating. There's also some romance thrown in here and along with having a knack for writing some creeptastic scenes, Derting has shown that she's very good at writing romance as well. Some of Violet and Jay's moments were intoxicating. ;) 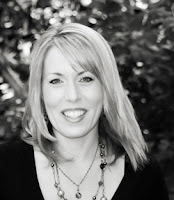 Final Verdict:  I wouldn't hesitate to recommend this one. It has an intriguing plot and I hadn't encountered any heroines that could "sense" echoes--that detail alone made The Body Finder extremely unique. I think a lot of readers will enjoy the suspense/thriller aspect to it (I sure did! I tore through this book wondering who the killer was and believe me, once I found out I was like OMFG!) and I KNOW a lot of people will enjoy the romance between Violet and Jay. The sequel, Desires of the Dead, hit stores today so be on the lookout for it along with its predecessor!