Mini-review: The Treasure Map of Boys by E. Lockhart

(Summary has spoilers for the last two books!)


Ruby is back at Tate Prep, and it’s her thirty-seventh week in the state of Noboyfriend. Her panic attacks are bad, her love life is even worse, and what’s more: Noel is writing her notes, Jackson is giving her frogs, Gideon is helping her cook, and Finn is making her brownies. Rumors are flying, and Ruby’s already-sucky reputation is heading downhill.

Not only that, she’s also: running a bake sale, learning the secrets of heavymetal therapy, encountering some seriously smelly feet, defending the rights of pygmy goats, and body-guarding Noel from unwanted advances.

In this companion novel to The Boyfriend List and The Boy Book, Ruby struggles to secure some sort of mental health, to understand what constitutes a real friendship, and to find true love—if such a thing exists.

Isn't that cover so deliciously cute? I love the original covers much more than the new ones.... but anyways. Ruby Oliver continues to suffer from panic attacks and boy drama. She's still trying to deal with the fact that the school has branded her as the school slut and she's trying really hard not to screw up her tentative friendship with Nora, one of her former friends who turned her back on her when all the list drama went down. She's also desperately trying to figure out who she should really be with: Jackson or Noel? (I vote Noel.) There's still the same heightened sense of emotional turmoil but instead of drowning herself in confusion and panic attacks, Roo is different in this installment. In The Treasure Map of Boys, Roo finally gets that clarity that us readers have been dying for her to have! All those epiphanies that should've hit her in the last two books come crashing down on her in the third book and I kept saying FINALLY!!! Roo, my lovely, it was time for you to stop deluding yourself! 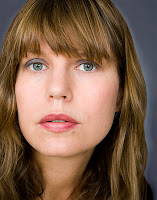 Final Verdict: Don't get me wrong. That last paragraph seems to show frustration with Roo but I wasn't frustrated: I was actually very happy with how the events unfolded in TTMoB and I'm ecstatic that Roo finally "got" it. She realized who her true friends were and that nothing was wrong with her; she (and other people) messed up multiple times but one usually has to make mistakes in order to get to where they should be. Roo's finally there, and I can't wait to see what happens to her in the last book (although I'm a little sad. I'll miss her kooky ways!). Oh and there was kissing in this book. I totally dug those scenes<3  As well as the foot notes... Sigh. I seriously loved this book. Go read this series. :)

Note: This book is particularly special to me since it's actually the very first arc I ever received from a publisher. (Not that that affects my mini review in any way--I just thought you guys should know!)
Posted by Sandy at 1:39 PM