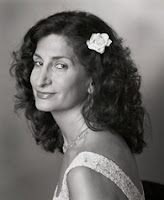 
After completing a first draft of a story, how many times do you personally revise it before sending it off to your editor’s desk?

I worked for many years as an editor—so I’m pretty scrupulous about sending off a manuscript that’s as good as I can make it after several rounds of editing and proof-reading. I write my first drafts by hand before typing them into my computer. And then I edit subsequent versions of the novel in hard copy until the final draft pleases me. I wrote 13 drafts of my first novel, Northern Edge, over the course of 10 years! I’m getting faster, but I’m still a stickler for detail… Discovering that I’ve sent off the final draft of something with a mistake in it is enough to keep me awake in the middle of the night.

Since you’ve written two historical novels, I was wondering: when you sent those stories for revisions, did you have to send some additional historical background info so that your editor could have a better grasp of the stories?

Not once! The novelist has to make the history transparent—but also manifest—in the story. If some text I’ve written needs explaining, I haven’t done my job.

While you wait for your editor’s feedback, how do you pass the time to distract yourself from thinking about revisions?
Good question! There’s something about sending a manuscript off that makes it feel as if your whole life is in limbo. You’ve spent all this time with the book, lavishing it with all your love and attention. But then suddenly your opinion of it doesn’t matter any more. You want your editor to love it just as much as you do. But once you’ve sent that package off, you have absolutely no power to influence the outcome. Honestly, it’s pretty agonizing. Those are the times when I tell myself that self-esteem has to come from the inside. (Still working on that one…)

Now that you’ve worked with an editor, how do you feel about your first drafts vs. the drafts that you’ve started before you had an editor? And what’s the most important lesson you’ve learned since?

When my first novel was published, in 1990, the editor didn’t change a single word. I’m not sure why. I think she was probably overworked. There’s a joke in publishing that says that editors work with a credit card, taking you out to an expensive lunch if and when you come visit them in New York.


My editors for Vivaldi’s Virgins (2007) and A Golden Web (2010) were very different in their approaches—and had very different personalities. But both gave me feedback about places where they wanted me to make cuts or change the story.

I think it’s important to have a very good rapport with your editor—but also to trust your own instincts about your story and the way you want to write it. Editors are the ones who polish what you create. Anything different is a perversion of the process, I think, indicating an editor who really wants to write and/or a writer who doesn’t really know how to write and needs to do a lot more work.

What do you think was it that made your editor interested in your work?
I think Rosemary fell in love with the story of Alessandra Giliani, just like I did. A couple of different publishers were bidding on the proposal I wrote for this novel. I hadn’t written anything for HarperTeen before, but HarperCollins had published my last two novels (Donald I. Fine published the cloth edition of Northern Edge, but HarperWest published the paperback.) Rosemary had also read Vivaldi’s Virgins and loved it. We have very similar literary tastes, I think—and I guess that just naturally drew her to my writing.

How has your relationship changed since working on your first novel and how open/comfortable are you with your editor?
The relationship with every editor is different, really—same with the level of openness and comfort. Trust and respect are terribly important for a successful editorial collaboration. I’ve worked with an editor before (on a nonfiction book) who drove me crazy with all the changes she wanted—but she was really good and, in the end, she made the book much better than it would have been otherwise.

What happens if you and your editor disagree on certain details?
I once worked with an editor (on another nonfiction book) who had me cut out about a third of the text, which was pretty aggravating. In this case, I think he was wrong. The book turned out okay, but I think it would have been a better book if it had been published as I’d written it.

Publishers have to make most of their choices these days based on marketing decisions. For a writer with artistic aspirations, this is truly awful. What’s stylish at a given moment (vampires, anyone?) doesn’t necessarily translate into books that will withstand the test of time.

With seven books of mine on my shelf now, I think I’d be more assertive about fighting for my own vision if I found myself in conflict with an editor. Publishers (not editors!) really have all the power, though.

Rosemary Brosnan was such a delight to work with on A Golden Web that I couldn’t help wanting to become friends—and I readily agreed to do whatever she suggested. She’s worked for years in the YA genre, whereas I was completely new to it.

Once revisions come in, do you prefer to receive them as paper or electronic notes?

Either way works for me. Electronic notes and phone conversations (rather than red ink and Post-Its) seem to be the way most editors communicate with writers now.

Thank you again, Barbara, for answering my questions with honesty and insightfulness! Now it's time for the giveaway! One of you will be getting a copy of Barbara Quick's A Golden Web. To enter, please fill out this form. This giveaway is open only to the US and will end on June 10th. I'll announce the winner on the 11th. Good luck to everyone! This giveaway is now closed.
Posted by Sandy at 4:17 PM