Mini-review: Cracked Up to Be by Courtney Summers

Perfect Parker Fadley isn’t so perfect anymore.  She’s quit the cheerleading squad, she’s dumped her perfect boyfriend, and she’s failing school.  Her parents are on a constant suicide watch and her counselors think she’s playing games…but what they don’t know, the real reason for this whole mess, isn’t something she can say out loud.  It isn’t even something she can say to herself.  A horrible thing has happened and it just might be her fault.  If she can just remove herself from everybody--be totally alone--then everything will be okay...The problem is, nobody will let her.

I'm finally acquainted with Courtney Summers' writing style and I can see why so many readers love her--she wastes no time with flowery prose and cuts right to the bone with sharp, perfectly placed blows that hit brutally; but with that same power she can gently lift you back up and hint to better, brighter things.

Parker technically shouldn't be likable--I certainly wouldn't enjoy her presence if I were around her--but just like her creator, Courtney Summers manipulates you into liking her. Parker may be bitchy, but she has reason to be. And despite all the mean things Parker does and says, I still liked her. Her snarky inner dialogue only made me like her more, actually. I couldn't figure out what she had done to make her fold into herself but as the story went on, flashbacks of what happened began to appear and each time they did, more details would surface until I finally understood what had happened. I was a little disappointed with the real reason why Parker had changed so dramatically but in regard to story-telling and characters, I think Summers did very well. 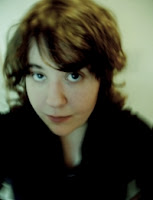 Final Verdict: I wasn't completely satisfied with how things ended, but I think in this case the character (Parker) was bigger than the story being told. And this is good because I really liked Parker. It's difficult to write a well-developed character who's mean but still able to make readers sympathetic. Clearly Courtney Summers has this talent and her sparse, haunting prose only elevates it. I will definetely be picking up her other books (including her new zombie novel coming out next year!).