Interview with Lisa M. Stasse, author of THE FORSAKEN 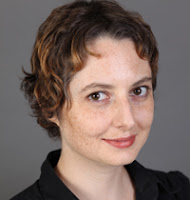 Hello my lovely readers! It's been a while since I've done an interview and when the opportunity for one came through email, I couldn't say no. So today I'm happy to have author Lisa M. Stasse on the blog today discussing her book and her bookish tendencies. Her debut novel, THE FORSAKEN, was released earlier this month and is of the dystopian variety ;) So everyone, please give a warm welcome to Lisa!


What type of research did you have to do while writing The Forsaken?
I mostly read about prisons, because a lot of The Forsaken takes place on a mysterious prison island known as "the wheel." I wanted to make sure I got certain details right.

Alenna  sounds like an awesome character: does she share any of your personality traits or habits or is she completely different?
Alenna is pretty much a good girl at the start of the book. She's shy and studious (I can be both of those things--but I'm probably more outspoken that Alenna is) but once she gets banished to the prison island known as "the wheel," she has to learn how to fight and stand up for herself pretty fast. Her journey is exciting for me, because it's like watching someone come alive and find themselves. She's also a bit of an outsider (which I often feel like) so she has a different perspective on things than some of the other people on the island do.

What’s your writing process like? Do you use outlines or just see where the story takes you?
I usually have a good outline, but I leave myself some room to come up with fresh scenes and details along the way as I write. The Forsaken has a couple huge twists in it, so I had to be sure that I didn't give them away!

How would you describe your writing style?
I'm really influenced by writers like Suzanne Collins and Veronica Roth. And Stephen King too. My goal is always to tell a really intriguing, gripping story. So my writing style is usually pretty straight up.

What would be the ideal environment for you when it comes to writing?
I love working at home, because I love listening to loud music when I write (sorry, neighbors!) My ideal environment is to be at home in Los Angeles, at my desk, with music on, sipping a big mug of coffee. I often write late at night and early in the morning, so I'm usually just wearing pajamas.

How did you and your family react once you got the news about the book deal? :)
I was beyond excited! I couldn't believe it. It seemed very dreamlike. I'm a librarian at UCLA and I've always wanted to have a novel published. It's been a goal of mine since high school (I was always a total book geek). My family was thrilled by the news too! My parents knew I was working on something, but they were pretty surprised by what happened with it. I don't think they actually thought I could write a book. My husband wasn't surprised--he always said he thought I could do it. He edited some of the drafts for me and gave me some great suggestions along the way. He was also the person I leaned on during those down days when I felt like I would never finish it. The very first draft was also like 600 pages long, so he helped me chop it down too.

Your bio states that you’re also a digital librarian (which sounds awesome); since you have a day job and you’re a writer, how do you disconnect from it all and unwind?
I love watching movies, and hanging out at the beach, and going to coffee shops. I would love to travel more than I do. Living in Los Angeles is fun, but I miss going camping (I used to live in North Carolina, and I'd go hiking and camping all the time--especially on the Outer Banks).

I couldn’t help noticing that your bio also mentions that you lived in various countries (Spain! I’m jealous!): have any of your experiences there made their way into your writing?
Spain was amazing. (I'll bet!) I learned how to cook there. And I also lived in Russia briefly in college. Some of those experiences definitely made their way into the book. I also lived in Hawaii (my mom grew up there) for a while, so I know a lot about tropical islands. I used some of those details when writing about "the wheel."

What is one book (or genre) that people would be surprised to hear that you've read?
I love JG Ballard's books. He's a semi-obscure British writer. He wrote a lot of science fiction, but also Empire of the Sun (about World War II). His books are amazing and very disturbing. He even wrote a dystopian called The Drowned World that just got released in a "50th Anniversary Edition" this year. He's a great writer.

Last but not least! If you were able to live in a fictional book world, which book would you choose and why?

Pride and Prejudice. I know probably everyone says that, but I was SO obsessed with that book growing up. Jane Austen is a total genius. My writing is nothing like hers, but I've read all her books at least three or four times. They're so good. (I understand; I love Jane Austen and P&P is a classic!)


Now for a lightning round of this or that! questions. HERE WE GO:

I hope everyone enjoyed the interview! I need to start doing some more....I've forgotten how fun they can be. Thanks to Lisa for allowing me to interview her! Her debut novel is out in stores now.
Posted by Sandy at 7:00 AM