Why be the sheep, when you can be the wolf?

Seventeen-year-old Ismae escapes from the brutality of an arranged marriage into the sanctuary of the convent of St. Mortain, where the sisters still serve the gods of old. Here she learns that the god of Death Himself has blessed her with dangerous gifts—and a violent destiny. If she chooses to stay at the convent, she will be trained as an assassin and serve as a handmaiden to Death. To claim her new life, she must destroy the lives of others.

Ismae’s most important assignment takes her straight into the high court of Brittany—where she finds herself woefully under prepared—not only for the deadly games of intrigue and treason, but for the impossible choices she must make. For how can she deliver Death’s vengeance upon a target who, against her will, has stolen her heart?

Review: When this book started circulating in the blogosphere, I was extremely curious (and desperate) to read it. But then I came across some negative reviews and disheartened, decided that maybe I shouldn't read it after all. But then months later GRAVE MERCY was waiting for me at my public library and I couldn't resist trying--even if I didn't enjoy it, I could always just take it back and forget about it right? Well, I am thrilled to report that I was completely wrong and that I LOVED IT.

Ismae has had a hard life. She carries emotional and physical scars after being shunned for all her life and then her father sells her to an absolute brute of a man just to get some coins in his pocket. But through a twist of fate, she gets the chance to escape her arranged marriage and join a kickass convent where she learns the arts of being an assassin. One of my favorite things about this book was that we actually get to see Ismae kill people. (Does that make me sound creepy? Oops.) And her kills aren't off the page--you read them and you get enough detail to know what she's doing but it's not so overwhelmingly violent that you'll feel uncomfortable. Like Ismae, LaFevers writes these scenes with smooth, stealthy elegance.

And oh my goodness, LaFevers did her research with this story: the medieval time period felt almost palpable and she combines real-life historical facts with this story in such a way that I wasn't sure what was real and what wasn't. LaFevers has a section on her website dedicated to this but I wouldn't suggest going there unless you've read the book first. (Which you totally should do.)

The secondary characters in this story were also really well-developed and they contributed immensely to the suspense and action of the overall plot. The villains (and there were many) all had different levels of evil but each one of them had secret plans and just when you think you pulled the curtain back on one plot, three more would slither out from the shadows. LaFevers totally kept me on my toes and seeing Duval and Ismae put their heads together (when they weren't fighting) to think of multiple back-up plans was nerve-wracking to say the least.

Oh, and let's not forget about that romance between Ismae and Duval. Sigh. There is no insta-love here, my friends. Their romance is of the slow burn variety and holy crapola whenever there WAS a scene of lurv, I lapped it up. Their romance doesn't overrule the overarching story but it compliments Ismae's gradual realization that the things she learned at St. Mortain may not be right and her own journey of self-discovery. *shivers* There are so many elements in this novel but the author did a fantastic job of weaving things perfectly! 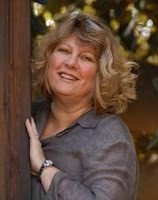 Final Verdict: I'm sorry but how can people not like this book? IT'S AMAZEBALLS. It has everything! Political intrigue! Assassins! Romance that actually makes sense! But alas, to each their own. I personally loved this book and I'll defend it until the end of time. It's so well-done >_< This is the first book in the series but the second novel will follow another character's story and I find myself impatient to read Sybella's story. Her character slips in and out throughout GRAVE MERCY and kept me curious to know more about her and her history. I can't wait!