Hey everyone! I hope you've been having a good week so far. Today I'm shaking off some of the dust from the blog (eek, must clean the cobwebs!) and inviting a special guest today to talk about her new book and other delightfully bookish things. Please welcome Sarah Beth Durst, author of the newly released VESSEL! And if you're interested, you can read my review for her book right here. Now let's get to the interview! 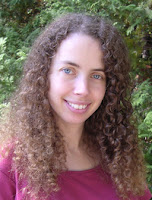 Bio: Sarah Beth Durst is the author of young adult novels Vessel, Drink, Slay, Love, Enchanted Ivy, and Ice from Simon & Schuster, as well as middle grade novels Into the Wild and Out of the Wild from Penguin Young Readers. She has twice been a finalist for SFWA's Andre Norton Award, for both Ice and Into the Wild.

I know that VESSEL was a combination of research and an inspiring dream. How much research did you have to do before you could start fleshing out the overall story? (side note: this is slightly random but the foods mentioned in VESSEL sound charming. I kind of wanted to try some of those pastries and tubers.)

I did make myself hungry every time I described a meal. :)


﻿I always do research at least twice: once before I know what the story is (to fuel ideas) and once after I've written a draft (to fill in the gaps and fix mistakes). For VESSEL, I researched the Gobi, the Sahara, and several deserts in the southwest United States.


There's a persistent myth that fantasy novels don't require much research. After all, you're just making it up. But I believe that the more "real" the world feels, the more believable the fantasy is. In other words, if you're asking people to take a leap with you, then give them some solid ground to jump off of. (<--THAT. Yes.)
﻿﻿﻿﻿﻿﻿﻿﻿﻿﻿﻿﻿﻿﻿﻿﻿
Every book you've written so far has some element of magic infused into the story but VESSEL is firmly set in a fantastical universe with gods and goddesses, sky serpents and sand wolves (those sand wolves were extremely scary, btw). What was it like writing a story that was completely grounded in fantasy?
﻿﻿﻿﻿I loved writing VESSEL! It was a very immersive experience. Every time I sat down at the computer, it felt like I was stepping through a portal. Sometimes it was hard to step out again.

I really liked all the names of your characters! How did you name them?

My daughter invented nearly all the character names. I wanted lyrical, unfamiliar names, and so she rattled off dozens of syllable combinations until we found those that felt just right.


The only exception was Korbyn, the trickster god. I wanted his name to be reminiscent of ravens and crows, which are commonly associated with the trickster archetype.


All of your characters had different needs and motivations but was there one in particular that you identified with more?
Liyana wants to save her family. I think this is the best motivation you could have: saving the people you love. In VESSEL, Liyana is destined to sacrifice herself so that her goddess can inhabit her body and summon the water that her clan needs to survive. She doesn't want to die, of course, but she is willing to do it. On the night of the ceremony, though, her goddess doesn't come.
What’s your writing process like? Do you use outlines or just see where the story takes you?
Outlining doesn't work for every writer, but I love it. It helps me see the shape of the story, and it helps me pace myself as I write. I don't actually always stick to the outline... in fact, I typically re-outline between drafts... but having it helps keep me from being distracted by shiny things.

My outlines aren't particularly detailed. (For example, "Liyana meets Korbyn." Or "Liyana learns magic." Or "sand wolves attack." Or "something cool happens here.") But it's enough to keep me moving forward.


Writers sometimes feel self-doubt, fear and other ugly emotions whenever they’re having a bad writing day. What do you do to cope with those negative feelings?
Honestly, I believe that the cure for pretty much any writing problem is more writing! Write through the fear, the self-doubt, the exhaustion, the worry, the distraction, the whatever.


It also helps to have a stash of chocolate nearby. (This is always good advice.)
Another thing that can help is music. Listening to music can often change your mood, or at the very least, it can distract that critical part of your brain long enough for you to string a few sentences together.
VESSEL is your sixth book to be released: how does it feel to have that many books out in the wild? Does the surprise, elation and fear still sink in each time a new book releases?
Still feels magical every time. Something that was just an idea in your head -- a whim like "I want to write about a desert" -- however many months ago is now this tangible thing that other people can find an experience.

If there was someone thinking about buying any of your novels and you’re next to them-what would you say to convince them to buy them? (Of course, you can’t say you’re the author-that’d be cheating!)
"I loved that book." (Hehe. So simple yet effective.)

I know you have some projects in the works and they sound really good! Could you tell us a little about them?
I am currently working on two new projects:

SWEET NOTHINGS (coming fall 2013 from Bloomsbury/Walker) is a YA thriller about a girl in the paranormal witness protection program, who, haunted by dreams of carnival tents and tarot cards, must remember her past and why she has strange abilities before a magic-wielding serial killer hunts her down.

THE LOST (coming fall 2013 from Harlequin/Luna) is the first in a trilogy for adults about a woman running from her bleak life who finds herself trapped in a small town where all things lost -- luggage, keys, people -- are mysteriously deposited.

And lastly, if you could live in any fictional world, what would it be and why?
Narnia (after the White Witch is defeated and before everything falls apart again). I love talking animals.

Now for some This-or-That! questions:

Gel pens or sharpies?
Gel pens (I always seem to write on myself with sharpies.)

Hardcover or paperback?
Hardcover (I love the feel of the thicker paper.)

Adventures in the night or day?
Day (Too many skunks out at night.)

Swords or wands?
Wands (but it's a very close call!)

Dragons or mermaids?
Dragons (especially if they're friendly telepathic dragons) 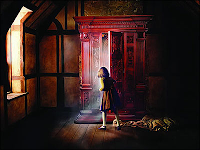 Kit Kats (I'm not always in the mood for the taste of peanut butter, but plain cookie and chocolate never gets old.)

Narnia (mainly because Hogwarts seems quite dangerous) (Omigosh, I think Sarah is the ONLY person that I've asked this question to that has actually chosen Narnia over Hogwarts.)

Thanks so much for interviewing me! (You're very welcome! Thank you for answering my questions :D)

Well, there you have it! I hope my readers enjoyed the interview and that you're curious enough to read any of Sarah's books. They're all available so have at it! ;)
Posted by Sandy at 5:42 PM