Reread: The Ghost and the Goth by Stacey Kade

I have been meaning to mention this but I enjoy rereading books I've already reviewed previously and thought that maybe it'd be fun to revisit these books and re-post about them. I don't know if this will turn into a feature or anything--I'm only doing this for fun and because I'd still like to share my thoughts after a reread. So here I go. Side note: I may or may not accidentally write spoilers. YOU'VE BEEN WARNED >:O 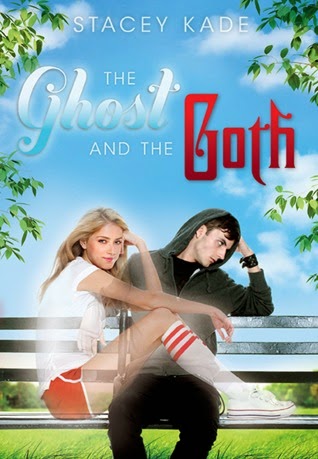 Synopsis: After a close encounter with the front end of a school bus, Alona Dare goes from Homecoming Queen to Queen of the Dead. Now she’s stuck here in spirit form with no sign of the big, bright light coming to take her away. To make matters worse, the only person who might be able to help her is Will Killian, a total loser/outcast type who hates the social elite. He alone can see and hear her, but he wants nothing to do with the former mean girl of Groundsboro High.

Can they get over their mutual distrust—and this weird attraction between them—to work together before Alona vanishes for good and Will is locked up for seeing things that don’t exist?

Thoughts after the second time around:
Overall, this was a solid good read that has me ready to get to the next two books left in the series. I'm appalled that I let FOUR YEARS go by and I never finished the series? Granted, the second and third book needed to be released but STILL. It's 2014. I read this book for the first time in 2010. I WAS A COLLEGE FRESHMAN O_O I know, I know. Judge away. I'm judging me too xD

My original review can be found here.