discussion post: how did you come up with your blog name?

This is something I always think of whenever I find a new blog. I've seen so many that take the term 'bookish,' 'bookworm,' 'biblio-,' etc... and some of them are quite clever! It's not surprising to find so many variations with the word 'book' since we're a community of readers but I think it's cool whenever I come across a blogger who's managed to think of another name to go by. Or they incorporate books/reading into it in a fun way. Some of my favorites just off the top of my head: Supernatural Snark, Tales of Whimsy, Inkcrush, Chachic's Book Nook, The Book Smugglers. (I've linked them all if you're interested in checking them out--they're all awesome.)

I've been asked by more than one person about my blog name but honestly it's not an exciting story. When I was still brainstorming about creating a blog and wondering what to name it, I had considered 'book mouse' or 'book faerie' but again, I wanted a name that stood out. Also, I wanted a cute name. That same day my mom came home and, knowing her only daughter loves toys, surprised me with a stuffed penguin (this was around the holidays btw). It was an adorable medium-sized penguin wearing earmuffs. EARMUFFS. I was enchanted. Then I swear to you, I looked at it and thought, "Penguin...what would sound nice with penguin?"

Then I tagged on "Reads" and viola, "Pirate Penguin's Reads" was born. I liked the sound of it, the alliteration. And it was cutesy (or so I think). The name felt right, and so I went with it. Sometimes I wonder now if it's too restrictive but I'm so used to it and it takes more work to reinvent oneself with a new blog name and a new blog. So Pirate Penguin's Reads is here to stay for the long haul :)

Not all that interesting right? xD So I'm curious to know how you decided on your blog's name. Did you have a set plan when you decided on a name or did you just go with it as I did? Let me know in the comments.

Since my name stuck, I've also become more of a fan of penguins (I liked penguins before but I never thought about them until my blog name--funny how things work!) and I have a little penguin collection happening. Here are all my toy penguins as of now: 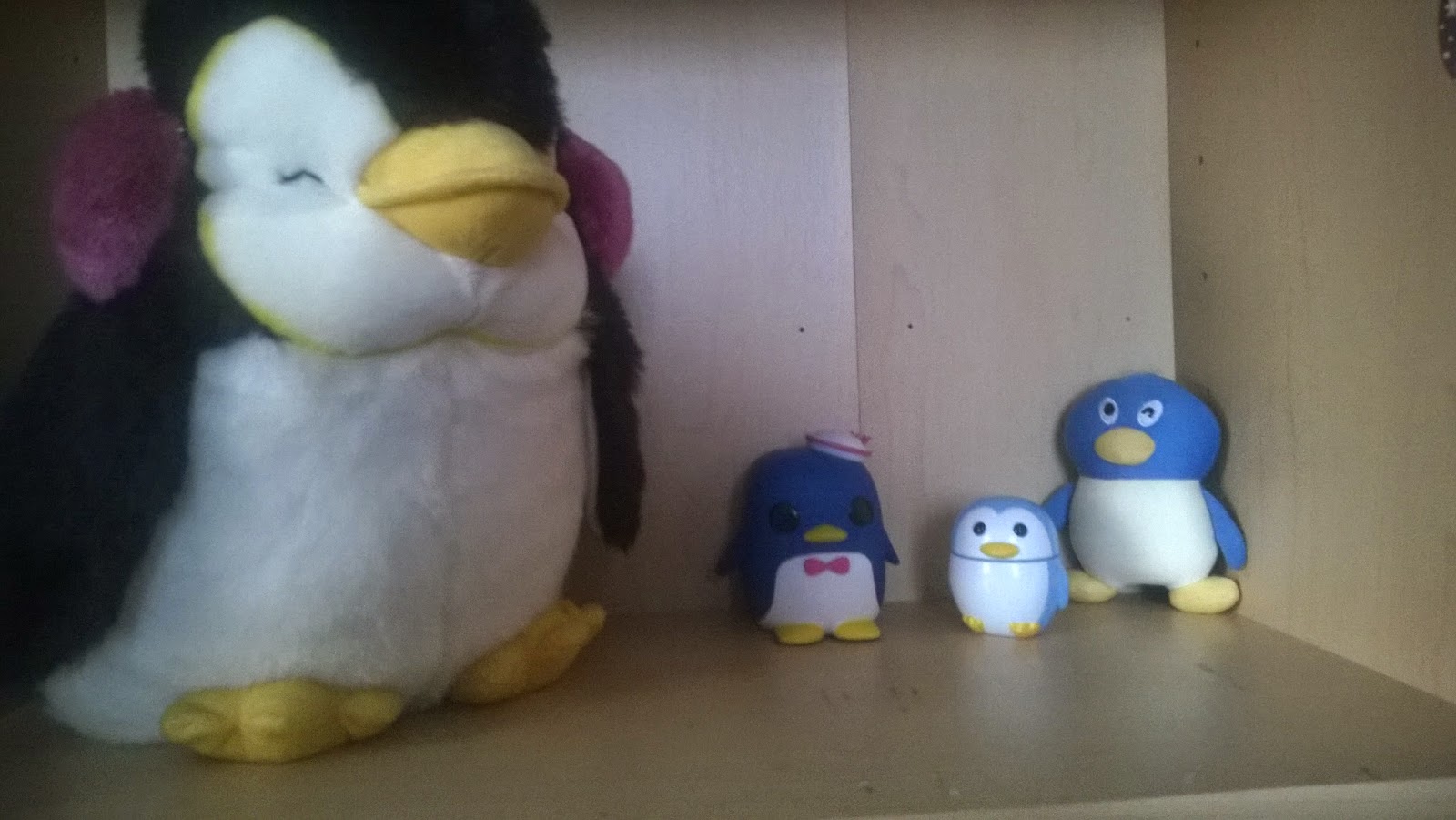 The penguin that sparked the idea behind my blog name...along with his blue companions xD 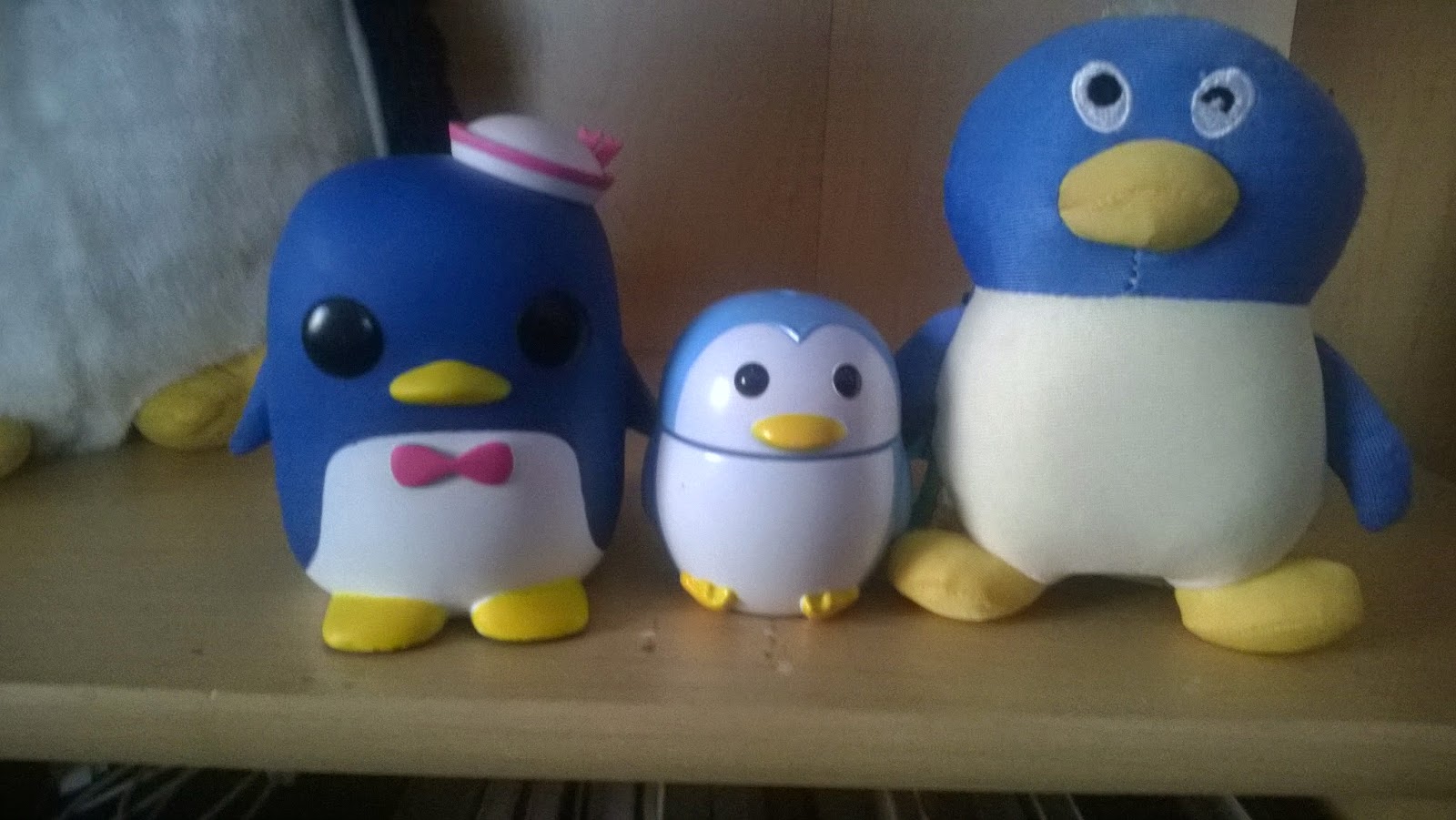 The trio of blue penguins ;D The one in the middle is actually a hand cream container! (Bought by my mom as well--she's da bestest ♥)

I have other penguin-y things (earrings, watch, clip-on bookmarks...) but the little guys hang out on my bookshelf while the big guy sits on top of another bookshelf. I've actually taken the blue penguin on the far right to BEA with me!

Note: both photos shown here are mine. I doubt anyone would take them but whatever. Precautions. ;P