I'll Meet You There by Heather Demetrios

Synopsis: If seventeen-year-old Skylar Evans were a typical Creek View girl, her future would involve a double-wide trailer, a baby on her hip, and the graveyard shift at Taco Bell. But after graduation, the only thing standing between straightedge Skylar and art school are three minimum-wage months of summer. Skylar can taste the freedom—that is, until her mother loses her job and everything starts coming apart. Torn between her dreams and the people she loves, Skylar realizes everything she’s ever worked for is on the line.
Nineteen-year-old Josh Mitchell had a different ticket out of Creek View: the Marines. But after his leg is blown off in Afghanistan, he returns home, a shell of the cocksure boy he used to be. What brings Skylar and Josh together is working at the Paradise—a quirky motel off California’s dusty Highway 99. Despite their differences, their shared isolation turns into an unexpected friendship and soon, something deeper.

Review: I had such a book hangover after I finished I'LL MEET YOU THERE late last year. To be honest, I don't think I'm over this story because it was so utterly brilliant.

Skylar is one tough cookie. She's had to shoulder a lot of responsibility ever since her dad passed away and her mother subsequently fell apart. Skylar's willingness to sacrifice her own happiness so she could help her mother was a loving gesture and a frustrating experience for me to read.  I appreciated that Demetrios explored this aspect between Skylar and her mother; the fact that they essentially switch roles as parent and child and how this in turn affects Skylar in ways even she doesn't realize in the beginning of I'LL MEET YOU THERE. Other relationships I'd like to highlight are Skylar's friendships with her besties Dylan and Chris. I've mentioned in a past review that I'd like to see more guy-girl friendships that remain platonic and yay, I found this with Skylar and Chris. They may not always agree on things but their friendship is unbreakable--just like Skylar's friendship with Dylan, a girl who is the toast to Skylar's butter. Lol. I wish I could read a companion novel about either Chris or Dylan...or both? Please?

As for the setting, it's also crucial that I mention that Sky's hometown of Creek View reads so realistic with its small-town feel and how everyone ends up doing the same thing as their parents and never leave. Much like her relationship with her mother, Sky's feelings towards her hometown are a jumble of emotions that she sorts through as we read along. Sky's only safe place is at her job in Paradise Hotel, run by the super awesome Marge. Marge is Sky's boss but she is also the mother figure that Sky lacks in her life. Marge is literally the best you guys. She's full of love and wisdom but she's also not afraid to be blunt with our protagonist. Marge is also an important figure in Josh's life and continually proves herself as an amazing character. (Plus she ships Sky and Josh. She is the captain!)

Then we have Josh Mitchell. Where do I start with this boy? Irrevocably changed from his tour in Afghanistan, Josh can't go back to being the carefree guy he once was. Haunted by his memories and coping with his injuries, he tries to find meaning back in Creek View. You guys, I loved his character. Josh has so many layers and carries so much grief due to his time in war but when he meets Sky he's able to breathe and be himself. I loved how his unexpected friendship with Sky gradually transitioned into this amazing romance that was incredibly realistic. Demetrios does not shy away from making these two work for their relationship; Sky and Josh challenge each other in different ways and each have their own demons to contend with...but when they're able to trust in each other, they're magic.

At the risk of making this review too long, I have to talk about one more aspect about this story: the sex positivity in I'LL MEET YOU THERE. I won't spoil any details but this is a much needed topic that needs attention. I'LL MEET YOU THERE does a fabulous job exploring this topic with certain characters. :) 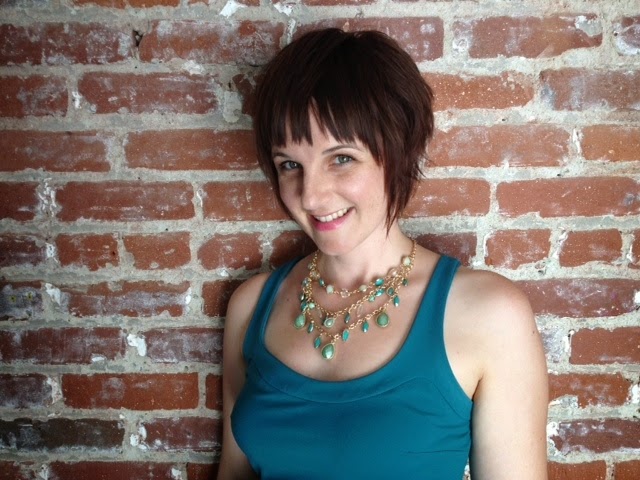 Final Verdict: I could go on about I'LL MEET YOU THERE. This book is so deserving of all the praise it's received. It really is. From the fully-fleshed cast of characters, the setting of Creek View which is a character in itself, and the slow, unfurling relationship that blossoms between Skylar and Josh.... it's breath-takingly gorgeous. Even the messy parts are beautiful. SIGH. I can't recommend this book enough. Seriously--Pay list price for this book. It is worth the money and it has a spot on my keeper shelf.

Note: all GIFs (and image) were found via Bing, the search engine that wants to be Google.
Posted by Sandy at 8:00 AM