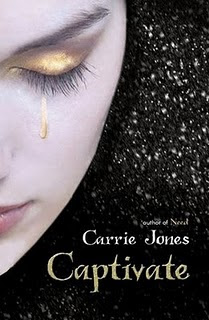 Synopsis: Zara and her friends knew they hadn't solved the pixie problem for good. Far from it. The king's needs grow deeper every day he's stuck in captivity, while his control over his people gets weaker. It's made him vulnerable. And now there's a new king in town.

A turf war is imminent, since the new pixie king, Astley, is moving in quickly. Nick nearly killed him in the woods on day one, but Zara came to his rescue. Astley swears that he and Zara are destined to be together, that he's one of the good guys. Nick isn't buying it, though Zara isn't as sure -- despite herself, she wants to trust the new king. But it's a lot more than her relationship with Nick that is at stake. It's her life -- and his.

If you haven't read Need, then this review contains a few spoilers. I suggest not reading if you HAVEN'T read the first book in the series. Are you listening to me? Okay fine, you've been warned!!!

Zara and her friends know that their solution to the pixie problem won't last forever--although they were able to stop Zara's father (who's also the pixie king), his absence causes a revolt and other pixies try to take his throne away from him. One pixie in particular is Astley, who swears that he isn't out to get Zara and instead would like to rule alongside her. Zara feels that Astley is sincere but Nick and their friends disagree; Zara's in a tough spot as she tries to figure out a way to fix the new obstacle that arises and also tries to fight her destiny to become the next pixie queen.

Captivate picks up the thread that its predecessor, Need, left behind: the pixie attacks that Zara and her friends suffered through have temporarily stopped but although they surpressed the pixies, they're worried about how to control them; Zara's father was able to keep them in check but since his capture (orchestrated by his own daughter, no less), his powers have weakened considerably and the pixies are getting angrier with each passing day. Need introduced the problems that Zara would have within the series but in this sequel, Zara is finally confronted with them and these tricky situations test her character and strength. It also challenges Zara's relationship with Nick, her cute were boyfriend whose hatred of pixies makes things a little bit rocky between them. Astley ended up being a major player by the middle of the story and even though he's just been introduced into the story, I already liked him. He seemed to understand Zara and definetely had a huge role in her character's growth. The story was much more action-packed than the first novel and two major events happened that made my jaw unhinge and fall to the floor. I did not foresee ANY of the events that went down in Captivate. It was insane. I need the next installment right now! Seriously. If you've read Need, then you definetely want to read Captivate. You will be shocked at the sharp, unexpected turn that the story takes and you have to know what unfolds next. Zara's fate runs a much darker path in this installment.