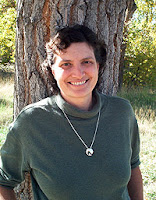 Today I'd like to welcome Hilari Bell, author of several fantasy and sci-fi novels. Her newest release, Trickster's Girl, hit stores this month on January 3rd and the sequel, Traitor's Son, will soon follow in 2012. Hilari has kindly taken the time to answer some of my questions and I hope everyone enjoys getting to know more about Hilari. Now, onto the interview! :)

Clickables: {main site} & {twitter}
You've written a lot of books that have heavy fantasy and science fiction plots; have you ever considered writing contemporary stories?
Considered it, but I can't do it. Back when I first started writing, kids and YA fantasy was a dead genre. Hard to believe now, isn't it? But it was so true that an editor once told me, "You need to sell two or three real books, about real kids, with real problems. Preferably humorous. If you do that, and those books do really well, then maybe you'll be able to get someone to look at your fantasy." But then Harry Potter hit big, and a whole bunch of fantasy writers slid into print on Harry's coat tails. But back then, I really tried to come up with a contemporary story I wanted to tell. And it's not that there aren't good contemporary stories--I just finished watching Lilies of the Field, which is one of the all time great movies and is still moving and wonderful even in black and white. And that story is as "real" as it gets. The problem is, real stories about real kids just aren't something I care about. I didn't even read them when I was a kid! I wanted sword fights, and villains, and chases and escapes and derring do. Preferably with a bit of humor thrown in. Trying to write something you're not interested in would probably be impossible for most writers. And even if you could do it, you'd almost certainly fail because your boredom would show through. Real life usually is boring. That's why I read books!

Trickster's Girl is your newest YA novel to come out; what can your readers expect to find in this latest title?
Well, not sword fights, since Trickster's Girl is actually near-future SF with fantasy elements--but it's got villains, chases, escapes and derring do. (With a bit of humor thrown in.) My one sentence pitch for the two books of the series, was "Two teens drafted by a Native American trickster spirit to stop a bio-plague find themselves in the middle of a shapeshifter war." My editor didn't like that description because she said "shapeshifter war" evoked battles and formal warfare, and the war in these books is more on the lines of spies, ambushes, treachery, kidnapping--guerilla warfare, instead of clashing armies. But it's no less deadly for the people caught up in it, even if the scale is smaller. 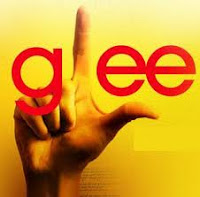 Being a former librarian and now a full-time writer, it seems that you've always been surrounded with books! What do you like to do when you want to disconnect from it all and unwind?
The thing I do for pleasure, and to unwind, is read books! And no matter how surrounded by them I am, I never seem to get too much of them. However, one of the perils of being an author is that you get a lot more critical when you read. I've really had to work to keep the ability to read for pleasure instead of critiquing as I go, and I also seem to be watching more and more TV. Current favorites: Leverage, the Mentalist, Glee, Bill Maher's comedy when he's on. And--guilty pleasure--a bunch of reality shows, mostly centered on people creating fashion collections and decorating cakes. And since I neither sew nor decorate cakes--or wear fashionable clothes, or even eat much cake!--I don't have any idea where that latest addiction has come from, but there it is. Also Survivor, and Amazing Race, and the Rachel Maddow Show.
Trickster's Girl is actually your seventeenth novel to be released out into the world! Do you still get shocked or surprised whenever you see your work on the book shelves? ;)
Not so much any more, but I have to say there was a lot of shock with the first book. I went to a signing at a local store, and as I signed and passed out copies I realized that these people would read my book and--after years of feedback from family, friends and critique groups--I'd never find out what they thought of it. It was on it's own in the world, and I'd have no idea what it's impact was. That had never happened to any of my books before, and it was the most surreal feeling. But I have to say, I'm more used to it now.
Continuing with the book store question... If there was someone thinking about buying any of your novels and you’re next to them-what would you say to convince them to buy them? (Of course, you can’t say you’re the author-that’d be cheating!)
This is something I'm terrible at. I was trying to do it at a signing, just the other day, and I was terrible at it, but... "YA paranormal, with a sexy, lying shapeshifter instead of vampires. I have to confess it's more adventure than romance, though there is a bit more romance in the next book."

Your bio says you're a fan of board & fantasy gaming. What are some of your favorite games? :)

I have to confess my old D&D group folded, and I really miss it. Though that was more because the people I played with were really fun and creative. As for board games, most people have no idea how much better board games have gotten since Monopoly and Clue! My favorites--and I highly recommend them--Cleopatra and the Society of Architects, Puerto Rico, Evo--and if you've got a large crowd of people who don't mind seeing their careful plans come apart as the conveyor belt carries their hapless robot over the edge of the board, Robo Rally. 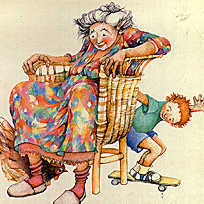 What is one book (or genre) that people would be surprised to hear that you've read?
﻿﻿That's kind of hard, because I don't think it would surprise anyone who's read my books that I read SF, fantasy, mystery, historical fiction, the odd thriller, and some (not much, but some) romance. The only genre I really don't read is "literary." And I don't think it counts if the books are from my writing group, or were assigned to me in college. Or read as part of research for my writing. But maybe they would be surprised to know that I'm crazy about picture books. I started reading them as a librarian, doing story time, but so many picture books are so wonderful and beautiful--both the art and the writing. In fact, some of them move beyond "stories for little kids" into "transcendent works of art." And there's a couple of them that never fail to make me cry--it was published quite a while ago, but see if your library has a book called, Wilfrid Gordon McDonald Partridge. It's a terrible title, but the book never fails to move me to tears--in a good way.

Are there any projects you're working on currently?
﻿﻿I'm just finishing my editorial revisions for Traitor's Son, the sequel to Trickster's Girl. And then I want to start writing a gypsy steam punk novel, but I'm not quite ready to start writing it yet. I have a bit more research to do, and about a month of stuff I need to get out of the way before I start the first draft.

Last but not least! If you were able to live in a fictional book world, which book would you choose and why? 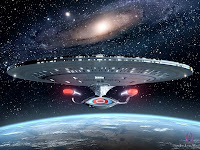 ﻿﻿ Hmm. Well, first it wouldn't be any time in the past, because the world gets better, not worse. Modern medicine, modern plumbing and modern sewer systems--heck, a washer/dryer and a vacuum cleaner are nothing short of miracles! On the other hand, a lot of fictional futures are way too dystopian. The universe I'd actually like to live in most is Star Trek's universe. Not only are they using technology to make life easier and happier, and caring as best they can for the planets they live on, but in Gene Roddenberry's universe we've become the "humanity" that I like to think we have the potential to be--without losing the things that also make us human.

﻿﻿
﻿﻿ That last answer was beautiful :) I have no doubt that humanity can reach that potential. Anyways, thank you Hilari for kindly answering my questions! I hope that my readers enjoyed the interview!
Posted by Sandy at 11:43 AM