Mini-review: The Duff by Kody Keplinger

Synopsis: Seventeen-year-old Bianca Piper is cynical and loyal, and she doesn’t think she’s the prettiest of her friends by a long shot. She’s also way too smart to fall for the charms of man-slut and slimy school hottie Wesley Rush. In fact, Bianca hates him. And when he nicknames her “the Duff,” she throws her Coke in his face.

But things aren’t so great at home right now, and Bianca is desperate for a distraction. She ends up kissing Wesley. Worse, she likes it. Eager for escape, Bianca throws herself into a closeted enemies-with-benefits relationship with him.

Until it all goes horribly awry. It turns out Wesley isn’t such a bad listener, and his life is pretty screwed up, too. Suddenly Bianca realizes with absolute horror that she’s falling for the guy she thought she hated more than anyone. [from goodreads]

I found things to like and dislike when reading The Duff. On the one hand, I admire the unflinching honesty that Keplinger had with Bianca's burgeoning "relationship" with Wesley but then I'm left feeling disappointment at how certain things were left so underdeveloped. Bianca is a prickly MC, and she has her reasons for it. Her parents are not doing so good right now and she's always felt the DUFF within her circle of friends... and then there's Wesley to remind her that she's not as pretty as her friends and she probably never will be. Their first encounter had me laughing and pumping my fist because damn, I'd throw diet cherry coke at the boy too! Add in some heavy backhands and we're good to go, Bianca!

But then I noticed a few plot lines that the author presented where she could've done so much more with them but never did. I was left waiting for more and annoyed that the book didn't deliver in that aspect. Bianca's sleeping with Wesley didn't bother me at all (because let's be honest--teens have sex. Not all do but there are a few that have no qualms about jumping into bed with people; some don't even wait until they're in love but whatever, moving on...) Both Wesley and Bianca have family drama; unfortunately, we barely get to see anything on Wesley's side, except for his sister (who's only there twice--I liked Amy! I wanted to see more of her!). Then there's Bianca...without saying too much, I thought her family issue was wrapped up too nicely and way. too. fast.  That type of thing doesn't happen in real life.. and then there's this one particular character that I would've LOVED to have been introduced to. (especially since he's the one that set off Bianca's whole DUFF issue) I was waiting for her to have an awkward encounter but nada, he never showed up. I was extremely disappointed with that. 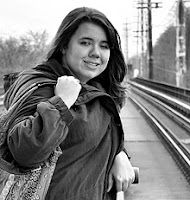 Final Verdict: If you have no problems with mild profanity and teens having sex (because there are SOME sexy times in this book, like whoa!), then I say go for it. The Duff is one of those books that people instantly love or hate but I fall right in the middle; I see its potential and I like the message that it stands for (we're all DUFFS-no one is immune to feeling down) but I wasn't quite taken with the book overall. Still, I respect Miss Keplinger for writing this book because a lot of people wouldn't dare to touch the issus she brought up.