Connor knows that Izzy will never fall in love with him the way he’s fallen for her. But somehow he’s been let into her crazy, exhilarating world and become her closest confidante. But the closer they get, the more Connor realizes that Izzy’s highs are too high and her lows are too low. And the frenetic energy that makes her shine is starting to push her into a much darker place.

Review: I decided to pick up Crazy on a whim after having trouble getting through another book. Little did I know that Crazy would be such an amazing story that left me feeling book hungover for the entire weekend.

After meeting each other at a summer camp (where they worked as counselors), Connor and Izzy keep in touch after summer is over through email and soon it becomes evident that there's something wrong with Izzy. Oh Izzy. She could be manipulative, selfish and bitchy but like Connor, you couldn't help going back to her over and over again. Izzy had both her good and dark side and watching her spiraling descent (and feeling myself getting sucked into it as well) was a harrowing journey. Despite her selfishness, I really liked Izzy's character and Reed presents her in a way that yes, you want to slap her sometimes because she can be incredibly selfish but you can see the goodness inside her, glimmering underneath. Like Connor, you want to stick around and get past Izzy's seemingly impenetrable walls.

Connor is her opposite in every way: he's the pillar of sanity in the crazy tornado of Izzy's emotions and although he indulges her, he's not afraid of calling Izzy out on her crap whenever she steps over the line. But even he finds himself over his head when his friend vanishes into a place where he can't reach her; the relationship between these two was a constant push-and-pull throughout the story and once I breathlessly made my way to the ending, I was so frightened (and then relieved) to see where Reed had left her characters. The book is written mostly in email format and then some handwritten notes nearing the end. This format made things feel more urgent and through every exchange, Connor and Izzy's personalities really shine through--Amy Reed did a fantastic job at crafting believable teens and an even better job of depicting what happens when someone has a mental illness. (I won't tell you which one--if you think about it for a few seconds, you'll figure it out!) 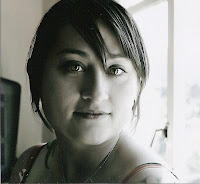 Final Verdict: I read so much fantasy and paranormal that I never really feel myself inclined to read contemporary but Crazy came to me at the right time. It took me two days to finish this story (damn you, sleep; you take away precious reading hours!!) but in the course of these two days, I felt myself being concerned for Izzy and Connor's sanity as well as their lives . Crazy suckerpunched me in the best way--right in the emotional gut. It hit me hard, but it was necessary. Connor and Izzy were both tangible characters going through a scary but realistic situation and Amy Reed's raw yet beautiful way of describing it made this book so worth the read. I highly recommend this one, guys. I hugged* my copy right after finishing it and now I need to go read the other two books that came before this one.

*I always seem to hug the books that I end up loving right after finishing them...does anyone else do this? Oh, and I started putting Crazy next to other books on my shelves that I'm in lurve with. It's currently hanging out with Leigh Bardugo's Shadow and Bone. I think they look cute together.**