Katherine Ann Stephenson has just discovered that she's inherited her mother's magical talents, and despite Stepmama's stern objections, she's determined to learn how to use them. But with her eldest sister Elissa's intended fiancé, the sinister Sir Neville, showing a dangerous interest in Kat's magical potential; her other sister, Angeline, wreaking romantic havoc with her own witchcraft; and a highwayman lurking in the forest, even Kat's reckless heroism will be tested to the upmost. If she can learn to control her new powers, will Kat be able to rescue her family and win her sisters their true love?

Review: Where to start with this one? It hit all the qualifications I want in a good, solid story and the fact that it's middle grade just charms me even more.

Kat is what you would call, ah, not your usual sort of girl. She's rash (cutting off her hair and attempting to run away to save her family from financial ruin), extremely stubborn (never following orders) and is always making a mess of things despite her good intentions (trying to save her family from financial ruin while having little else than a knapsack with some food and a change of clothes...yeah, this plan wasn't going to work). But her heart's in the right place and you know she's trying hard to be good because she loves her family (most of them, anyway) and doesn't want to upset them any further. Kat's character alternately had me in stitches and smiling because her headstrong attitude coupled with her viewpoint on what's going on around her was so delightfully irresistable. She messes up a lot, sure, but sometimes her mistakes turn out to be happy accidents. Sometimes.

As for Kat's family, I really liked her sisters and how different they were. Elissa (the eldeset) is prim, proper and angelic while Angeline is clever, sarcastic and mischievous. They both actually reminded me of Lizzie and Jane from Pride & Prejudice since their attitudes towards things were very similar.* And while I did feel indignant on Kat's behalf since her sisters underestimated Kat a lot of the time, you can obviously tell that her sisters love her very much. Their sisterly bond was heartwarming to read about. OH and I loved how magic was portrayed in this story--the rules, the Guardians and how magic can be inherited. Kat's moments of magic were some of the best parts of this book. There's also a bit of romance (not for Kat--but maybe there will be in the next two books?) that add a dash of urgency and Kat's hand in attaining her sisters' future husbands proves how meddling (yet lovable ) she is in the end. Hah! 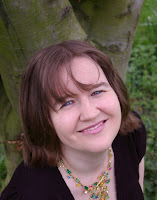 Final Verdict: Magical mayhem, family drama, and a firecracker of a narrator made Kat, Incorrigible so thoroughly enjoyable that I insist that everyone should read it.** It's just so darn FUN and adorable. Plus it's perfect for anyone that likes British-inspired stuff *coughJANEAUSTENcough* and if you've never tried any middle grade at this point, this would be a perfect place to start. The writing is perfect, the characters are awesome and the originality of this story make it a winning combination and a sure-fire way to pull yourself out of a reading slump. I know the sequel's out and waiting for me at the library. If you excuse me, I'll have to run out now to acquire it.

*I wonder if the author did this unconsciously? Hmm. Whatever, it was still great.

** As I wrote this, I couldn't help but imagine myself saying all this in a British accent. How lame am I? lol.