The Princes Trilogy by Elizabeth Hoyt

So after reading and loving The Devil in Winter, I needed some more romance books and a good blogging buddy recommended Elizabeth Hoyt's books so I figured, why not try it. I picked up her Princes trilogy so I'll be reviewing them, albeit a little differently. We'll start with the first book in the series (which ended up being my favorite).

The Raven Prince was my first time reading anything by Elizabeth Hoyt and I immediately fell in love with the story. The gist of the story is that the main character, Anna Wren, is a widow and in desperate need of money so she takes a job as the secretary to the Earl of Swarthingham. (Which is scandolous in itself because a WOMAN? WORKING? Absolutely shocking for those times :P) But anyway, the romance between Anna and Edward is fabuloussss. I was cheering because Anna was so proactive and girlfriend did not back down from anything.There's lies and blackmailing to add to the suspense but GAH SO GOOD. Plus their sexy times are sexy to the max ;P I totally loved this book and I couldn't turn the pages fast enough.

The Leopard Prince takes place a few months after the events that occur in The Raven Prince. The two main characters in this installment are Lady Georgina and Harry Pye. Lady Georgina (or George, as she likes to be called) is in charge of her estate but needs a good steward to run it whenever she's gone so that's where Harry comes in. I was a little lukewarm towards George but Harry Pye is awesome. He's more subdued than Edward or Simon (from The Serpent Prince) but he's still a very take-charge kind of guy. I'll admit that halfway through I had to put the book down for a few days (George and Harry get together early on in the story and that...kind of bored me, tbh) but what ultimately drew me back was the mystery of who was responsible for the murders in this book. That plot line captured my attention much more than the romance...which, depending on how you see it, is either really good or really bad.  But George's family (and then Harry's) get bonus points for being kickass.

Ahhh, this one. It takes place a few months aaaaafter Edward and Harry's stories conclude. I hate to admit this but after a few chapters, I DNFed The Serpent Prince. It has been such a long time since I've done that to a book. I thought Simon was a cool character and his story was intriguing but I couldn't muster any interest in his lady of choice, Lucy. She just...bored me. So I couldn't make myself care about his impending romance with Lucy (and I have no idea why but his constant calling her "angel" grated my nerves). 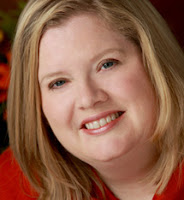 Final Verdict: So despite my issues with the second and third book, overall I enjoyed Elizabeth  Hoyt's writing style and the way she handles romantic stories (and the sex scenes--hawt). The men in the trilogy are all friends and show up throughout the books to support each other in different ways. It's cool how an earl, a viscount and a land steward can all be true friends and forget about their stations in life: I really liked that aspect and found it to be a nice touch. And the couples from this trilogy were great: they all had different personalities and different situations so there was never any repetition of plot points or anything. The titles for each novel has an important role as well: they're each stories that appear in different ways in the novels. (Stories within stories....very clever, Ms. Hoyt!) I'd definetely recommend giving Elizabeth Hoyt's books a try: I'm already looking into her other books, especially The Ice Princess, which deals with a secondary character from The Raven Prince...
Clickables: {main site} {twitter} {pinterest}
Note: I got this series from the e-branch from my library. (Having an e-reader is super convenient.)
Posted by Sandy at 10:16 PM