But for Cath, being a fan is her life—and she’s really good at it. She and her twin sister, Wren, ensconced themselves in the Simon Snow series when they were just kids; it’s what got them through their mother leaving.

Reading. Rereading. Hanging out in Simon Snow forums, writing Simon Snow fan fiction, dressing up like the characters for every movie premiere. Cath’s sister has mostly grown away from fandom, but Cath can’t let go. She doesn’t want to.

Now that they’re going to college, Wren has told Cath she doesn’t want to be roommates. Cath is on her own, completely outside of her comfort zone. She’s got a surly roommate with a charming, always-around boyfriend, a fiction-writing professor who thinks fan fiction is the end of the civilized world, a handsome classmate who only wants to talk about words... And she can’t stop worrying about her dad, who’s loving and fragile and has never really been alone. For Cath, the question is: Can she do this? Can she make it without Wren holding her hand? Is she ready to start living her own life? Writing her own stories?

And does she even want to move on if it means leaving Simon Snow behind?

Review: I'm going to do my best to review this because I loved so many aspects of this book. I'll try to pin down each of these and explain them in a rational way versus me typing in caps that YOU NEED TO READ THIS. (Although that seems to be effective?)

Cath's character really resonated with me, even though at times she was not the most likeable person. She is extremely anti-social, concerns herself with her Simon Snow fanfic and though she is exceptionally talented and smart, she doesn't try to branch out. She is comfortable with her routine and is very resistant to change. Was it frustrating to read about this? Yes, but it was so rewarding for me as a reader when Cath finally makes those steps to move forward. It was interesting for me how I could understand her viewpoint about herself, her relationship with Wren (and how in her mind Wren was in the wrong) and other things but I could also step out of Cath's head and think, "girl, you make things harder than they have to be!" I rooted for her and liked her in spite of her flaws.

I also have to mention the multiple narratives in this novel. FANGIRL is told in third person through Cath's point of view, but Rainbow Rowell also gives us a glimpse of Cath's fanfiction along with the actual writings of the author of the Simon Snow series. Rowell juggles these three narratives like a pro and I really enjoyed reading snippets of Cath's fanfics and comparing them to the original Simon Snow stories. (Which had a similar vibe to Harry Potter and I loved that! Can Simon Snow become an actual thing?)

Two characters that stood out to me in FANGIRL were Levi and Cath's twin sister, Wren.  However, I have to start with Levi: such a sweet, decent guy who is completely different to Cath but they compliment each other so well. Undoubtedly he is the catalyst in Cath's life and their interactions all the way to the very end of FANGIRL had me hooked. I need to find me a real life Levi. ♥ Wren's character on the other hand presents interesting situations: unlike her sister, Wren wants change and actively seeks it. The sisterly bond is tested many times during the story but I have to say, I liked that Wren and Cath fought just as siblings would but also loved each other as fiercely.

One more thing I feel I should add is how Rowell depicts the Simon Snow fandom and how Cath fits within it. It's interesting that for someone who has quite the following for her SS fanfiction wouldn't be more interactive online with readers or have more internet friends since she is rather anti-social in real life. But I think that for Cath's personality (as someone who does indeed suffer from social anxiety), this fits with the story. While online communication isn't face-to-face, it is still a form of social interaction and our prickly but lovable Cath does not do well at first with any kind of social interaction. 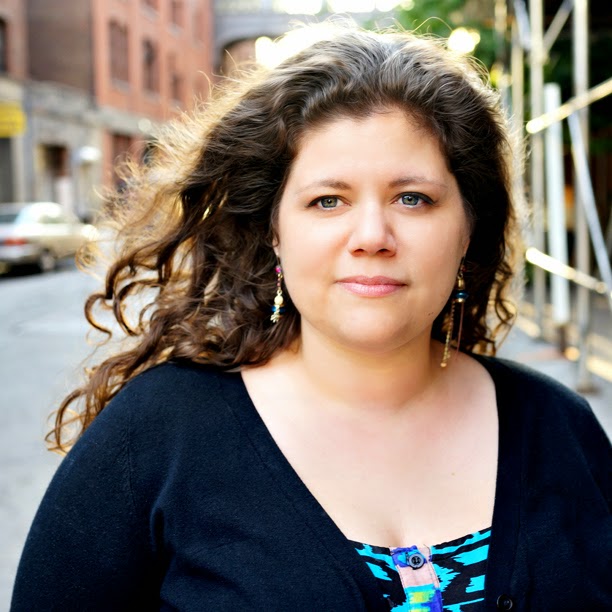 Final Verdict: FANGIRL is definitely up there as a favorite of 2014. I love that this is a book I can come back to and that no matter if you like it or dislike it, there's so many themes and characters that you can dissect. I, for one, adored FANGIRL. I can't recommend this book enough for anyone that wants to read something that will either introduce you to firsts of college, falling in love or trying new things. Or perhaps for anyone that has since graduated from having these "firsts" experiences and would like to reminisce. I had a little of both when I read Cath's story and I will undoubtedly be rereading this in the future. It gave me so many feels :)

In a nutshell? THIS.